During the September meeting, the Reserve Bank of Australia lowered its’ official cash (OCR) rate for the third time this year, to a new record low of 0.75 percent, cutting rates by 25 bps. The Reserve Bank has stated the rate cut has been to support employment and income growth for the Australian economy. Aiming to provide greater confidence that inflation will be consistent with the medium-term target.

Furthermore, Australian Policymakers signaled the need for an extended period of low interest rates, stating the central bank is prepared to continue the monetary policy ease if needed.

Interest rate cuts almost always result in the devaluation of a nation’s currency, and it has been no different for this rate cut. With the AUD/USD continuing strong downward movement this month following the Reserve Banks’ announcement. The Aussie dollar currently trading at $0.66985 level. 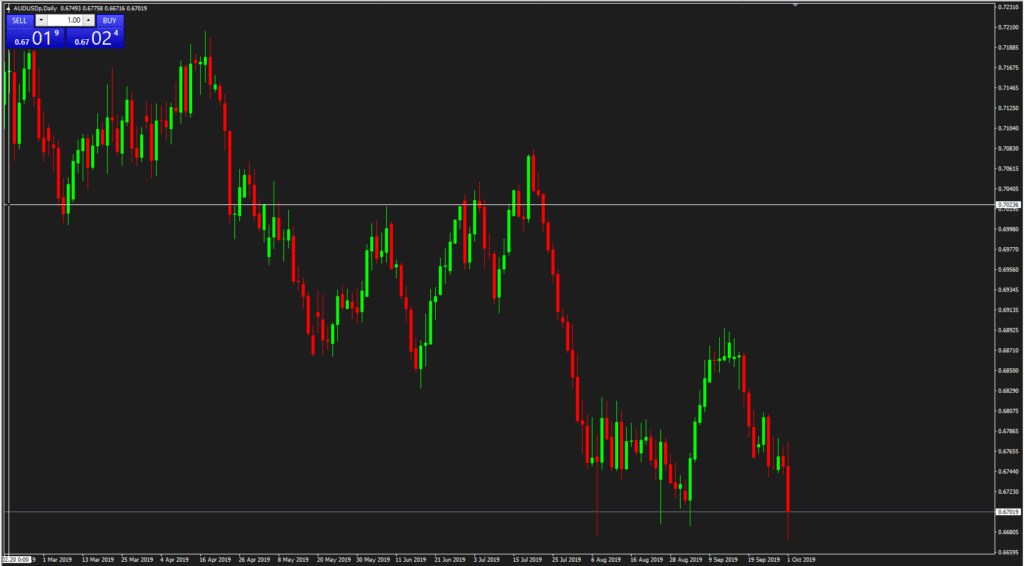 However, historically monetary policies have proven to be effective only in the short run, as money neutrality takes effect in long-term periods. The idea that money is neutral is derived from economic theory that explains, as a Reserve Bank increases the money supply, it essentially means an increase cash in the consumers pocket, driving up consumption of individuals, in turn pushing prices of goods upwards. Thus, in the long run inflation neutralises the increase in money supply.

What is fundamental analysis?

Fundamental analysis involves looking at the security from a financial and economic point of view. Typically, Fundamental Analysis is a method of determining a security or products real market value. Usually, traders and investors tend to look at the longer-term view of the market, looking at financial statements and economic data such as market share, industry growth, competition, business cycles and regulation. Therefore, this type of analysis is probably not suitable for shorter timeframes.

END_OF_DOCUMENT_TOKEN_TO_BE_REPLACED

The swap is essentially a fee for holding a position overnight. Generally, this fee is to do with the central banks’ interest rates of the underlying currencies quoted in the currency pair with brokers possibly adding an extra commission on top of swap. This fee can either be debited or credited to your account depending on the interest rate differential.

END_OF_DOCUMENT_TOKEN_TO_BE_REPLACED

What is a Japanese Candlestick?

Risk Warning: Trading foreign exchange on margin carries a high level of risk and may not be suitable for all investors. The high degree of leverage can work against you as well as for you. Before deciding to trade foreign exchange, you should carefully consider your investment objectives, level of experience, and risk appetite. The possibility exists that you could sustain a loss of some or all of your initial investment and, therefore, you should not invest money you cannot afford to lose. You should make yourself aware of all the risks associated with foreign exchange trading and seek advice from an independent financial advisor if you have any questions or concerns as to how a loss would affect your lifestyle.